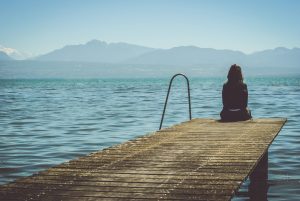 Wow! This year is flying by! In this last quarter of the year, life sometimes can be more hectic. It is more important now than ever to have tools and techniques to utilize when feeling frustrated or challenged with life circumstances. Let’s take some time to give attention to a big issue – Suicide. Let’s talk about recent changes that have taken place, resources, and most importantly we will discuss how to prevent suicide!

September in the US is recognized as Suicide Prevention Awareness Month (SPAM). It is given a month of awareness to decrease the negative stigma associated with talking about suicide. First, consider these statistics presented by the National Alliance on Mental Illness:

As we see from the statistics, this is a big deal, suicide affects every gender, race, background, and age. It is important to know the warning signs of suicidal thoughts. In fact, suicide is often the result of an untreated mental health condition. While suicidal thoughts are common, they should not be considered normal. This is often a sign of more serious issues. So, let’s talk about what you’re feeling! It is important to note if you:

If these behaviors are identified it is best to reach out to a trusted friend, therapist, or advocate to have an honest nonjudgemental conversation. It is crucial to know if there is a plan to follow through with the suicidal thought. The safety of the person is the most important focus and will want to remove any means of harm from their environment (i.e. guns, knives, pills, etc).

It is major to be a source of support, patience, kindness, and concern. As this can be difficult managing your own emotions and helping others manage theirs, there are professionals always available to help. On July 16, 2022, the suicide helpline number was changed to 988, instantly connecting the caller to a trained crisis counselor! In addition to calling, the National Alliance on Mental Illness has a text line that will connect you to a trained crisis counselor (text NAMI to 741-741). Utilize the resources! Eventually, you will see with time, support, professional help, and self-mercy life and thoughts can be different!

Let’s continue the discussion of talking about suicide. Understand what your loved ones’ normal behaviors look like and also be able to identify if one is displaying warning symptoms. I, personally, believe everyone is here for a reason, for a purpose. I know it can be hard to have a conversation or to reach out. But as I tell my clients: You can do hard things! You matter. You’re worth it. Reach out so you can begin to live today! 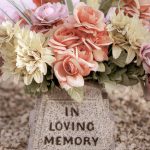 Grief and Life After LossUncategorized 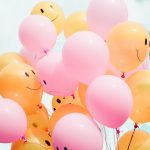