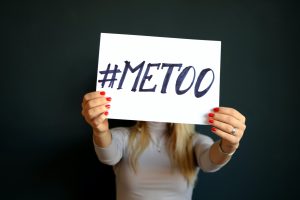 The slogan “My body, My choice” is thick with controversy and steeped with opinions on what, in fact, we should be able to choose for ourselves and our bodies.  The current Roe v. Wade controversy is one of many topics that would flood Google search results when entering this tagline.  Other hot topics include our divided pandemic points of view- to vax or not to vax, to mask or not to mask.   And, upon further investigation, you would find that other countries use this phrase when fighting for their right to choose even the most basic things- clothing, marriage, employment, etc.

But have you ever been in a situation where “my body, my choice” didn’t feel true for you, personally?  Well, there’s a hashtag for you too,  #MeToo.

“Overall, 13% of college and graduate students report nonconsensual sexual contact by physical force or an inability to consent, according to a 2019 Association of American Universities survey of nearly 182,000 students. The highest rates occurred among female undergraduates (25.9%) and college students who identified as gay, transgender, or nonbinary (22.8%)” (American Psychological Association, 2002).

“I put myself in that position by going to their house alone.”

The ways in which victims try to make sense of their experience can vary, but I’ll give you a peek into one client’s internal battle for “my body, my choice” in a society of #MeToos.

“To take something implies that it was ever really yours in the first place,

But that wasn’t the case with him.

At first, the simple touch of his limbs on my skin was enough to make me brim,

But not that night.

Stuck in limbo between pleasure and fear, my heart raced.

I was never one to let my heart outnumber my mind,

So I repeated myself FIVE TIMES too many.

Get off of me.

Shock and silence washed over my eyes.

For what felt like an eternity but was only a matter of seconds,

I wondered if I, too, was going to become a part of the worst category of THE 97%.

You see, to boys, no doesn’t mean no.

It’s simply a phrase of play on words, “Sorry, I can’t hear you, did you say go?”

Forced to repeat yourself and get stern,

Hoping the words don’t roll off your tongue as too much of a burn because you’ve learned, What’s likely to follow is a critiqued combination of manipulation and turns.

Somehow, you end up feeling bad for not giving him what you had.

Confused by all of the commotions,

Your eyes quickly remember all of the past ways you’ve learned how to hide emotion.

It really wasn’t that big of a deal, was it?

You convince yourself it’s just a part of swimming through the ocean.

It was at that moment I had to remind myself that this isn’t just my story,

But every other woman’s too;

But if I let myself believe it was more than just a little stumble over a rock,

The sun will rise in a couple of hours though and it was all just another story,

Potentially even a figure of my imagination.

If any part of this article speaks to you, speak to someone else about it.  Maybe you find yourself feeling empowered by the “my body, my choice” movement and you want to explore what that means for you specifically?  Maybe you fall into the #MeToo population and you’ve never experienced healing because somewhere along the way you convinced yourself it wasn’t significant enough?  It is.  We believe you, without question or judgment, we believe you.  Facing your #MeToo story is essential in moving forward with confidence that it is, indeed, your body, your choice. 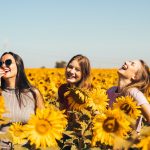 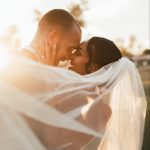 After the I Do’s: Continuing to Date Your SpouseUncategorized