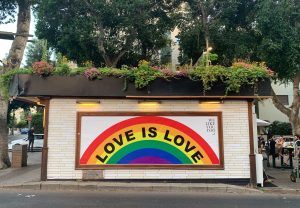 [Disclaimer: This resource discusses suicide and other sensitive content. If you or someone you know is in suicidal crisis or emotional distress, call the National Suicide Prevention Lifeline at 1-800-273-8255.]

Did you know that 4.5% of the U.S. population identifies as either lesbian, gay, or bi? And of that 4.5%, 39% have reported having a mental illness within the past year- that is nearly 5.8 million people (MHA). Also, in a recent research study done, evidence has shown that members of the LGBTQ+  community were at a higher risk for experiencing mental health conditions- especially with depression and anxiety disorders (NAMI). It is extremely important to understand that being a part of this community does not mean you automatically have a mental health struggle. But, it does mean you may encounter unique difficulties and adversities that others may not ever face or even understand. This is why in honor of Pride Month, we want to bring awareness to the mental health struggles and risk factors the LGBTQ+ community faces as well as bring awareness to different organizations that help to combat these struggles.

Coming out to family and friends should be a celebrated moment- being able to be open and honest with your loved ones about who you love is important. But unfortunately, this isn’t always the case. In fact, in a 2013 survey, 40% of LGBT adults have experienced rejection from a family member or a close friend (NAMI). This can be a traumatic experience and difficult to cope with the feelings and thoughts that come with that rejection. This is why it is so important to be there for your friend or family member when they come out.

When someone comes out to you this means they feel close enough to you and trust you enough to be honest with you about who they are. So if you are struggling to find the right words to say, start by thanking them for having the courage to tell you. Offer to be there to support them through whatever they may face, ask questions (respectfully of course), and most importantly, continue the friendship as it has always been. Some people who come out fear that by once coming out, their friends may treat them differently. So it’s important to continue the friendship just like you have always done previously (UNC).

According to the National Alliance on Mental Illness, it is estimated that LGBTQI youth and young adults have a 120% higher risk of experiencing homelessness. This is often the result of family member rejection or discrimination based on gender identity or orientation. Family members don’t understand or accept the person’s sexual identity or preference and think they have no other option than to kick out their loved one. Leaving many members of this community homeless and looking for shelter. But, many shelters don’t allow LGBTQI members making it all the more difficult to find a safe place to stay. And when members do find shelter that accepts them, they still have to be cautious of harassment and abuse from other people who are inhabiting the shelter as well.

Substance abuse is another risk factor that can play a huge role in one’s mental health. A lot of times, substance misuse or overuse is used as a coping mechanism or a method of self-medication (NAMI). In fact, LGB adults are nearly twice as likely as heterosexual adults to experience a substance use disorder (HealthLine). Additionally, in another study done, evidence showed that a potential reason as to why the LGTBQ+ substance abuse statistics are so high is because young people are often afraid of “not being accepted by those closest to them” and have no escape from that fear. So to cope with this fear, they turn to substances in hopes that it will help regulate their emotions and better equip them to deal with this difficulty (HealthLine).

Too often do many people in this community suffer in silence. With thoughts of loneliness and feelings of having no one in the world to talk to about what they are feeling or going through. Isolation is an extremely hard emotion to process. Statistics even show that the LGBTQIA+ population is at a higher risk than the heterosexual, cisgender population for suicidal thoughts and suicide attempts. And high school students who identify as lesbian, gay, or bisexual are more than four times likely to have attempted suicide or have suicidal thoughts (NAMI). It’s also been reported that 40% of transgender adults have attempted suicide in their lifetime, compared to less than 5% of the general U.S. population. These are heartbreaking statistics.

So how can you help make a difference in both your community and around the world? You can start by supporting organizations that support the LGTBQI+ communities and by practicing kindness to everyone you encounter through being an ally.

Below we have provided different resources for you on how to support community members, as well as different organizations that are helping to aid the LGBTQI+ communities…

How to be an Ally

How to Support Someone Who Comes Out to You

It Gets Better Project

In addition to these resources we also strongly encourage therapy. Here at Mathews Counseling, we are here to help you whenever you need us. 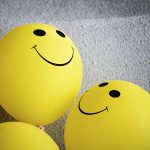