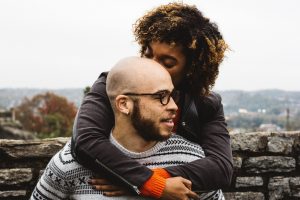 This article was written by Redonno Carmon, a licensed Marriage and Therapist Associate who specializes in adults and couples counseling. He helps couples to refocus the way they view their relationship with themselves and others. To schedule an appointment with him, click here.

Conflict is inevitable. If left unaddressed, it has the means to barricade affection, humor, and joy in a relationship. It’s hard to feel positive about your partner, and the relationship when conflict lingers.

You find yourself driving slower to get home in the evenings; or coming up with things to do to avoid being in the same room together.

No? Maybe you walk around the house silent refusing to be the first to make things right. There are countless things we all do to avoid conflict.

Those Problems Aren’t Going Away

I hate to be the bearer of bad news, but some problems will continue to live in your relationship rent-free. There is no getting rid of them. You can change houses, you can change neighborhoods, you can even change partners — they will follow you wherever you go.

How often have you said: “You didn’t take out the garbage as you promised,” “The credit card is at its limit again,” “You hang out with your friends too much,” and on and on they go.

Oftentimes, minor annoyances begin to take on a deeper meaning. This happens when couples either avoid talking about them, or when they do, it comes out headlined with criticisms.

The absence of positive feelings towards each other, often, turns minor problems into major problems. When you feel this way, you’re less likely to compromise. The lack of willingness to compromise opens the door for feeling hurt, as well as inflicting hurt.

Every unwashed load of laundry, missed calls, delayed text messages, and disagreement feels personal. It speaks to a connection that’s been severed. For example, if your partner forgets the milk on the way home, it’s viewed in a negative light. “How could you forget, I just texted you an hour ago?”

Rather than giving him or her the benefit of the doubt, its tallied as “my partner blatantly ignores my requests.”

Conflict fuels certain emotions — anger, frustration, sadness, hurt, exasperation. It can be hard to hear your partner talk about their discontent — especially when he or she makes it known you are the source of it. But, even if you feel like it’s not that big of a deal, listen anyway. It may be that big to them.

Talk it through. Remember, taking the time to talk through minor problems creates a “we’re in this together” position. It feels less like one person is doing all the work.

If you are the one expressing disappointment, consider your approach. It’s worth taking a moment to think through what you’re going to say. Coming out with the gloves off provokes an argument, or your partner’s avoidance — both impede what you’re trying to accomplish.

Talking about yourself helps you avoid drifting over into criticizing your partner. Something like, “I know I can fall short sometimes, but you agreed to pick the kids up from practice this week. I’m bothered you continuously don’t leave work on time, and I have to get them. It’s important to me that you make this a priority.”

Yea, I know… it’s longer. But it’s also likely to result in a better response from your partner. Taking time to put thought into addressing your complaint facilitates the kind of conversation that keeps minor problems from turning into major ones.

Therapy Is For EveryoneLinks We Loved, Uncategorized 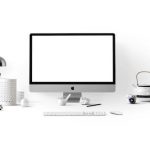