In honor of March being Women’s History Month, we wanted to take the time to highlight women who have greatly contributed and impacted the field of mental health.

Virginia Satir, who is often referred to as the “mother of family therapy”, is an American psychotherapist who is recognized for her work in family therapy. She began her career as an educator after graduating from Milwaukee State Teachers College in 1936. It was while working as a teacher that Satir developed an interest in working with students’ parents. As she would see that when her student’s parents were supportive and engaged in their child’s life, the more successful they were in the classroom. Satir’s interest in working with families also led her to pursue a Master’s of Social Work at the University of Chicago in 1948. Throughout Satir’s career, her approach to family therapy focused on the significant role that families played in contributing to an individual’s problems and by extension, their role in the healing process (UNC). Throughout her career, she won countless awards and wrote several acclaimed books on family therapy. She even helped establish the Mental Research Institution, International Human Learning Resource Network (IHLRN), and The Avanta Network (UNC). Satir’s research would eventually go on to become applicable beyond family therapy but in all situations where improving human communication and growth was desired. 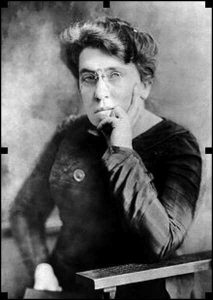 Mary Whiton Calkins was an American psychologist who became the first female president of the American Psychological Association and is best known for her work in self-psychology and inventing the paired-associated technique (Cherry). Calkins began her education at Smith College with a focus on the classics and philosophy. After graduating in 1884, she began to teach at Wellesley College and stayed there for three years before accepting a position where she would be teaching the “new area of psychology”. But, before she could begin, she would have to study the subject for at least one year. So Calkins began looking for programs she could attend and was invited to attend William James- who is known as the Father of American Psychology- lectures at esteemed Harvard University. Initially, Calkins was not allowed by the university to sit in on these lectures. But, after both she and her father as well as the president of Wellesley College wrote to Harvard on her behalf, she would eventually be allowed in under certain circumstances. Calkins would not be considered a student of Harvard, only a guest. While at Harvard she earned a doctorate degree in psychology but the university refused to award her one because she was a woman. Calkins didn’t let this stop her and continued to have a trail-blazing career in psychology. She would go on to create the paired-associate task, write over a hundred professional papers on topics in psychology and philosophy, and teach for years to come (Cherry). 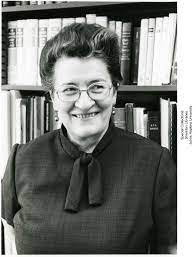 Mary Ainsworth was an American-Canadian developmental psychologist whose work demonstrated the importance of healthy childhood attachments. Ainsworth began her education by attending the University of Toronto where she earned her Bachelors in 1935, her Masters in 1936, and her Ph.D. in 1939 (Cherry). After joining the Canadian Women’s Army Corp in 1942, she stayed there for 8 years before moving to London. During her time in London, she worked at the Tavistock Clinic where she researched maternal-infant attachments. This sparked her interest in attachment styles and continued to research mother-child interactions even after leaving this position. Ainsworth began working at John Hopkins, where she began working on creating an assessment to measure attachments between mothers and their children (Cherry). It was while working her she developed the “Strange Situation” assessment that observes a child’s reaction when the mother leaves the room and the child left unattended. It was through the results of this assessment and her research that Ainsworth was able to come to the conclusion that there were three main attachment styles: secure, anxious-avoidant, and anxious-resistant. Her findings have played an important role in better understanding child development. 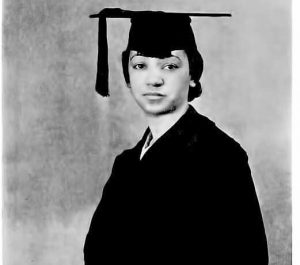 Inez Beverly Prosser was an American psychologist whose focus was primarily on educational psychology and the effects of racism. She was also the first African-American woman to receive a Ph.D. in psychology in the United States (GoodTherapy). Prosser was the oldest of 11 children and at the time of her childhood, there were few educational opportunities for African-Americans. Despite that, Prosser excelled in her academics and went on to graduate at the top of her class from both her high school and Prairie View A&M where she graduated with a teaching certificate. Upon graduating Prosser began teaching and while teaching she was earned both her bachelor’s degree and began working on her masters. But at that time in Texas, they didn’t award graduate degrees to African-Americans. So Prosser pursued her degree at the University of Colorado where she earned her master’s degree in education. While in school for her master’s, she enrolled in psychology courses and quickly fell in love with it. After she graduated Prosser took a job at Tillotson College in Austin where she was allowed to immerse herself in teaching and psychology. During her career, Prosser evaluated the effects of racial inequality on the mental health of African-American children. Noting that the “social aspects of integration may have damaging effects on African-American children’s self-esteem, while segregated schools provided a more supportive, nurturing environment,” (Good Therapy). She argued that persistent inequality often led to feelings of isolation and racism severely limited children’s learning opportunities. She found in her studies that black children who attended integrated schools experienced more social maladjustments and felt more insecure in their social relations (APA). Prosser’s works and findings would be used during many important debates over school segregation throughout the 1920s. She was considered a critical voice for the African-American community and her contributions to the betterment of education for all students can still be seen today.

Here at Mathews Counseling, we are here to help you whenever you need us. 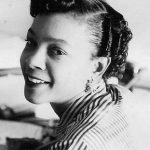 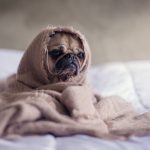 3 Ways to Help Manage Your StressUncategorized