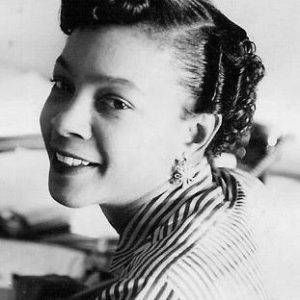 In honor of February being Black History Month, we are excited to highlight and share historical Black pioneers in the mental health field.

Dr. Mamie Phipps Clark was the first African-American woman to earn a doctorate degree in psychology from Columbia University in 1943. She is best known for her work and research on race, self-esteem, and child development. A native of Hot Springs, Arkansas, Clark was encouraged by her parents to pursue her education. After graduating, Clark worked for a couple of years as a data analyst but then moved to work as a research psychologist for the United States Armed Forces. It was then while doing research for an organization for homeless Black girls, that she found how limited health services were for minority children. So, in 1946, Clark and her husband founded the Northside Center for Child Development for families living in the Harlem area. The first of its kind, it has since been a leader in mental/behavioral health and education services. Clark also helped make a significant impact in the Brown vs.Board of Education case by demonstrating through her research the harmful effects segregation in schools can have on developing children. The Clark Doll Test was a test in which Dr. Clark showed Black children two dolls, one being a white doll and the other a Black doll, and asked the children a series of questions. Some of these questions included asking which doll did they consider to be the “nice” doll and which one was the “bad” doll. Her study showed that “59% of the children identify the Black doll as being the “bad” one,” (VeryWellMinded). Her work went on to play important roles in the civil rights movement and helped inspire future researchers.

Dr. Robert Lee Williams II is considered a pioneer in the field of American psychology and best known for his efforts in educating African American children. Notable for his studies on cultural bias against African American students present in standardized testing- with his focus being IQ tests- as well as his research on black linguistics (Black Mail). Also a native of Arkansas, Williams first enrolled in a junior college where he was a student briefly before dropping out a year later due to his discouragement over his low IQ score, thus beginning his interest in IQ tests and their biases. He eventually went back to school and obtained his doctorate degree in psychology from Washington University in 1961. In September of 1968, Williams organized the Association of Black Psychologists. An organization that, “promotes social justice, cultural psychology, racial/ethnic identity, and multicultural competencies, and addresses challenges facing the black community” (American Psychological Association). 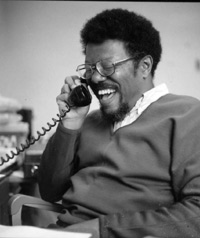 Dr. Reginald Jones earned his master’s in psychology from Wayne State University in 1954 and was shortly then drafted into the U.S. Army where he served as a clinical psychologist. Once he was done serving he went back to school and earned his Ph.D. in psychology in 1959 at Ohio State University. Throughout his 50-year career in psychology, Jones worked in a wide variety of positions, teaching at esteemed universities such as the University of California-Berkeley and Ohio State University where he served as head of the psychology department. But throughout his time of teaching, he focused primarily on two areas of research: research on psychology and education of exceptional children and research on issues of race and psychology. His work would go on to be, “instrumental in the development of Black psychology as an area of academic scholarship” (American Psychology Association). Jones even helped promote the work of other prominent black psychologists through anthologies and collected works for over 30 years.

To learn more about these historical figures, or to view more significant black psychologists, visit the links below!

Here at Mathews Counseling, we are here to help you whenever you need us. 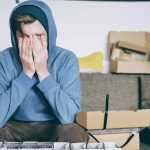 Dealing With Stress During the Holiday SeasonUncategorized